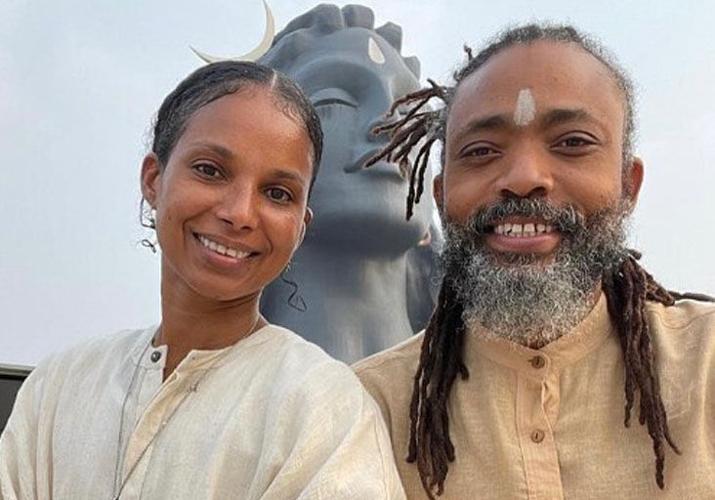 That’s how soca star Machel Montano sums up “the honour” of being invited to perform by yogi Sadhguru at his 2022 Maha Shivratri celebrations, on Tuesday, in Coimbatore, Tamil Nadu, India.

Montano has spent the last seven months at the Sadhguru-led Sadhanapada residential programme at the Isha Yoga Centre in the south of India.

Sadhguru, real name Jagadish “Jaggi” Vasudev, is an Indian yoga guru and proponent of spirituality. The much-revered yogi’s Sadhanapada programme is promoted on the centre’s website as being “designed for inner transformation for those looking to establish balance, clarity and emotional stability, spiritual growth or wanting to live an intense and energetic life”.

Montano says appearing at Maha Shivratri —the great night of Shiva—was “a proud moment”. The annual Indian celebration marks the end of winter and start of spring on the subcontinent.

“This is very much a dream come true. For me the experience was a proud moment, to see our music being embraced by and bringing joy to so many. For the genre it is somewhat like coming full circle as soca has some of its roots in Indian music,” Montano told the Express via WhatsApp on Wednesday night.

Montano opened his 15-minute set at Tuesday’s celebration with “Come Away”, a new song he penned specifically for the occasion. He sang:

Our life is just a link

In this world of eternal days

And what we leave behind in this time and space

will sustain or break this link

It’s no longer a tomorrow problem.

“To be able to be a part of the Conscious Planet Save Soil global initiative led by Sadhguru makes it even that more special as soca music’s power to uplift is playing its role in moving the world to act in a time when action is most needed,” Montano continued.

Montano also invited Marge Blackman on stage for a debut performance of their new collaboration “Touch the Ground”—which appears on the DJ Private Ryan (Ryan Alexander) Save the Soil Riddim. He told the thousands in the physical crowd and millions on the global live stream of Blackman’s music royalty lineage as the daughter of soca music inventor Ras Shorty I (Garfield Blackman).

“This music I’m doing is called soca music, it means the soul of calypso. It was created by a legendary musician and singer by the name of Ras Shorty I and he made this soca music by collaborating African riddim with Indian riddim.

“I want to bring a friend of mine on stage she is actually the daughter of the creator of soca music and we are doing this song for the first time, we have not sung this anywhere in the world. Please welcome Marge Blackman on stage,” he said to vociferous cheers.

Earlier, Montano had Sadhguru himself out of his seat and leading the dancing with a performance of his 2005 soca hit “Dance With You”. “Come on Sadhguru. When I say dance with you, Sandhguru dance. I just want to dance with Sadhguru. Go Sadhguru,” Montano sang as the yogi leapt to his feet and pranced.

Montano ended his high energy set with his 2016 spiritual soca “On My Way” which signifies his ongoing personally journey towards enlightenment.

It’s a trek the soca star first began in 1998 when he sang “Harry Krishna” and led to him taking up meditation and later calling himself Monk Monte. His interest in yoga grew further when manager Che Kothari joined the Double M camp and he was later joined on the journey by wife Renee who also graduated from the Isha Yoga Centre this year.

Speaking to the Express on Wednesday Montano compared the new level of enlightenment in India to his experience in Africa in 2019.

“Similarly, my debut performance in Africa, was really significant and I was honoured to perform soca in Ghana in what was dubbed the ‘Year of Return’ in 2019. These opportunities have greatly inspired me and I am determined to share this inspiration with others,” Montano concluded. Montano will collaborate with students of the Indian Isha Home School during a musical performance to raise awareness of the Save the Soil Movement tomorrow. He is then expected to return to the Caribbean with Sadhguru where they will meet with government officials in Antigua and Barbuda, Guyana and Belize to further promote the the Save the Soil project.