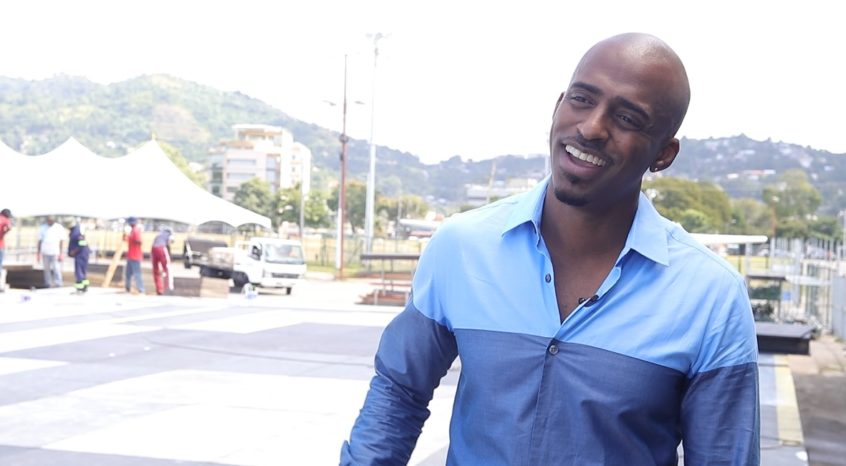 The excitement for the Soaka Arts and Music Festival is building.

With the festival kicking off in just four days, Director for WOW Events, Adrian Scoon says, this year’s production will be a sight to behold.

More than the annual paint and water event, this year Soaka has evolved into a three-day festival that promises to have something for everyone.

Friday’s curtain raiser is called the Iron Park. Patrons will enjoy the sound of various pan bands playing alongside DJ’s and rhythm sections on the western side of the Queen’s Park Savannah. Called a ‘kaleidoscope of beats and soca music’, the Iron Park will set the tone for an action-packed weekend.

“We’re bringing three of the biggest steel orchestras together and they’ll play along with DJ’s. It’s like a high energy pan yard, but in a park. Mixing that in a pot is very exciting for us; to see how that will transpire with the audience and their reactions,” he explained.

On Saturday, the doors of the Carnival UpMarket will open just across from the QPS at the National Academy for the Performing Arts. 200 local artisans and creatives will be on full display for participating patrons. Scoon says the flavour of Carnival and its culture will come alive with live bands.

“For a tourist coming into the country, it’s very easy for them to come in and access things they wouldn’t traditionally find on Amazon or any other platform,” he said.

Not to be forgotten, the flagship event ‘Soaka Till Sunrise’ wraps up the weekend. One of the most sought-after events, Soaka will not be outdone. Looking on as set up continued at the QPS, Scoon said this year’s production will be bigger and better than ever.

“This year our stage is going to be fantastic, it’s taken them almost a year to build and it’s coming into fruition very soon and I’m very excited about providing that festival feel for our consumers,” he said.

One pass will give patrons access to all three events at the Soaka Arts and Music Festival. Female passes cost TTD$500, while male passes go for TTD$600.