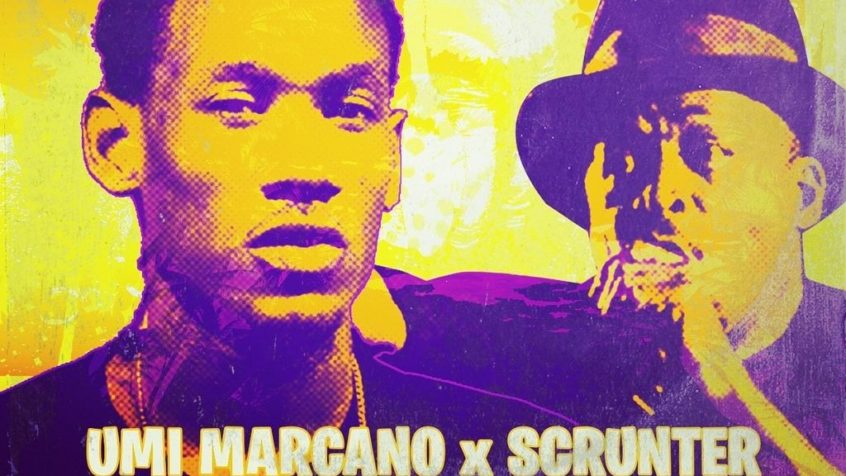 It all started when Umi felt the need to pay attention to the impetus inside him that kept saying “do a Parang” however, he didn’t want to do the traditional Parang style.

He wanted to do a Parang emblematic of his West Coast Beatz production studio.

One afternoon, the desire to satiate his hunger craving while looking in the pantry for snacks, the melody for “We Parangin” came to him and this was the spark of the beginning of the Parang about to be produced.

Umi decided to fuse Soca Parang with dancehall without diluting the Parang.

“Live instruments are like fresh seasoning from your garden that you use when cooking that gives your food the flavour desired in your meal. Similar in music production, the live instruments on this track gave that authentic Parang sound we wanted,” said Marcano.

“We then added a choir to the mix. (Adifah Padmore the Soprano, Chojnice Taylor the Alto, Ronald Francis the Tenor, Wayne Sealey the Bass) gave us that melodic heavenly sound.” said Marcano.

He introduced the Spanish guitar to the production by bringing in musician Steven Chance. A couple more sessions with Ryan Gino Eugene the percussionist and marac musician coupled with Steven on cuatro sealed the deal.

Irwin Reyes Johnson aka Scrunter heard the instrumentals, fell in love and a day later, he was ready to come in studio to record.

“Scrunter and Umi clicked off the bat. Umi was a sponge absorbing all the wealth of knowledge coming from an icon he grew up idolising. Scrunter advised Marcano to send the song to master by Lauritz Leddelow, the engineer behind all of Scrunter’s Parang Soca hits over the years and boy did he deliver.

“Sanitiae dem one by one, before dey come an drink yuh rum!” Scrunter sings in “We Parangin.”

“It is our social responsibility as artists to ensure Paranderos adhere to the COVID-19 guidelines, as this is a Christmas like none before it,” said Marcano.

“We Parangin” is available on all platforms: (iTunes, Tunecore, Spotify, etc). Support your local artist by streaming. Follow @umimarcano on Instagram.