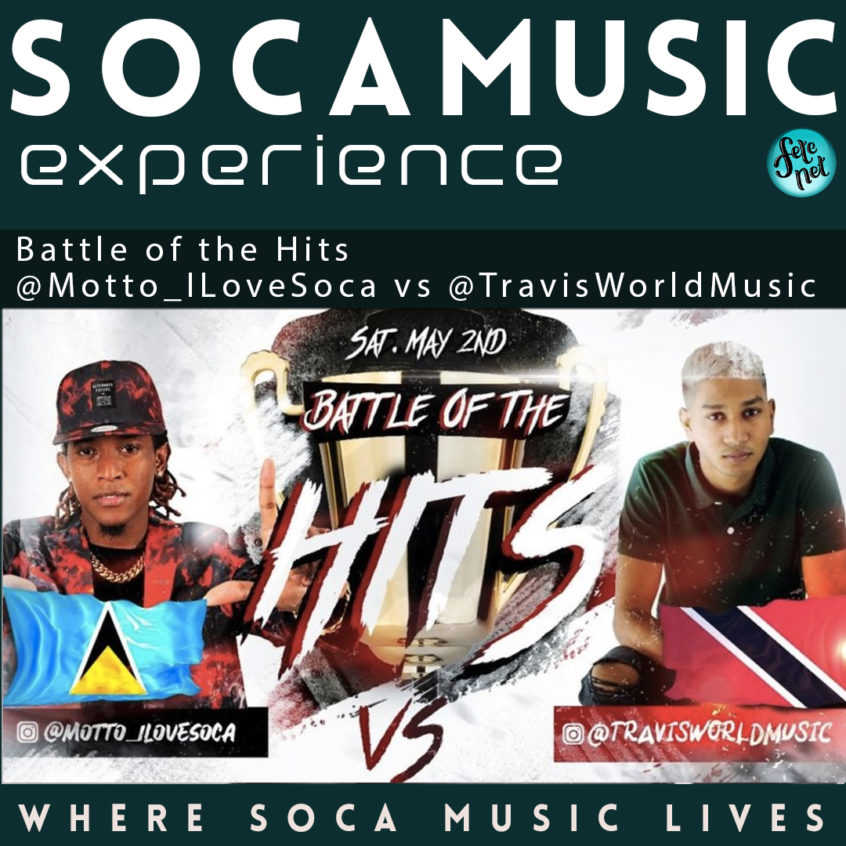 Soca’s new generation of producers will star in the third instalment of Battle of the Hits.

Travis Hosein aka Travis World from Trinidad and Tobago will go head to head with Lashley ‘Motto’ Winter from St Lucia tonight via Instagram.

Travis World, a 24-year-old DJ and Producer is known for his songs such as the 2018 Road March hit ‘Soca Kingdom’ by Machel Montano and Superblue as well as ‘The Road’, Montano’s collaboration with Ashanti, Nessa Preppy’s ’Issa Snack’, ‘Pandemonium’ by Voice and Wuss Ways, ‘Zig Zag’ by Lyrikal, ‘Judgement Stage’ by Patrice Roberts and ‘Oil Drum’ by Nailah Blackman.

One of the biggest producers of popular riddims, Motto, 25, is known for hits such as Kes the Bands’ ‘Boss Lady’ on the Baila Riddim, Shal Marshall’s ‘Dip’ on the Force it Riddim, ‘Machel Montano’s ‘Showtime’  on the  Pim Pim Riddim, ‘Dance’ with Montano and Jacob of Kassav on the Ole Ting Riddim, his own ‘Big Ride’ featuring Ezra on the Big Ride Riddim and Patrice Roberts’ ‘Dutty Bad’ on the Simon Says Riddim, among numerous other songs.

For the clash, each producer is required to play 10 songs. According to the rules, there will be no playback of songs, no dubplates and remixes can be played only by the producer of the track. A winner will be announced after each round.